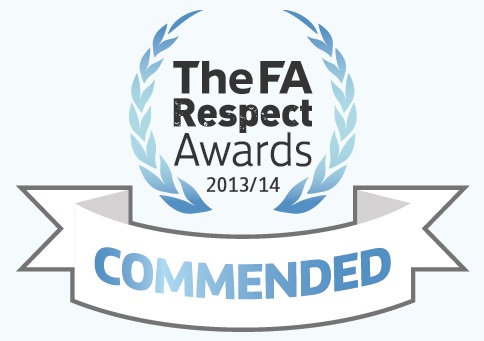 Our award winning Fairplay league measures sporting behaviour shown by a teams supporters, players and officials. The increased pressure of the professional game does not always set the best examples, and we need to show, through our Fairplay League, how the game should be played and what behaviour is expected.

The prize is awarded to the team with the highest adjusted score in each Age Group at the end of the season. Based on 1699 ratings submitted by managers after the 2261 games this season, we can list the winners and then the Runners-Up in each age group. Well done to players supporters and manager of these teams for their sporting behaviour during the season (Winners shown first, runners up shown second) : –

The Berks and Bucks FA has announced it has awarded South Bucks Mini Soccer Conference (SBMSC) countywide status of Junior Respect League of the year.

Fairplay Awards for 2013/2014 season were given out at half time  at the Wycombe Wanderers match in April 2015.