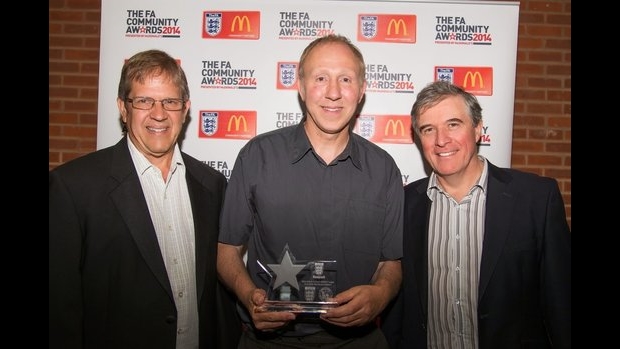 The South Bucks Mini Soccer Conference has been running a Fair play league since 2002, in which teams rate their opposition’s behaviour at matches in player, supporters and manager categories. Over the course of each season a huge volume of this data is processed to allow the SBMSC to publish statistically valid Fair play league tables. Best of all it has accurately identified the teams with the best record of Fair play so they can be rewarded. For many years the SBMSC sponsors, Wycombe Wanderers FC, have sponsored award ceremonies for the Fair play winners in each age group.

Trevor Saunders, Secretary of the South Bucks Mini Soccer Conference said  “As we receive the Junior Respect League of the Year award from the Berks and Bucks FA, we would like to take this opportunity now to thank the players, parents and volunteer managers for making this all possible. Last year also saw extremely high numbers of volunteer managers and coaches making time available to attend FA coaching courses. This will provide an excellent environment for developing players in the right spirit of the game.”

The South Bucks Mini Soccer Conference organises friendly mini soccer for age groups from Under 7’s to under 12’s, and has signed up nearly 250 teams to play for the season 2014/15. The SBMSC is a feeder for the Wycombe and South Bucks Minor Football League, which runs an automated Fair play League system based on the SBMSC scheme rules.

The Berks & Bucks FA would like to express their congratulations to all volunteers of the League Committee and all the teams that have embraced the respect programme and contributing to this fantastic achievement.